A complete automation platform for influencer marketing that supports all steps of the campaign trail.

Create briefs, invite influencers, negotiate and manage your campaigns in a super-simple way from one single dashboard.

Integrated chat function for fast and smooth communication with your influencers.

Manage payments from buyers to influencers in an easy and secure way.

Free support services for beginners and professionals who interact with Mikz Alliance. 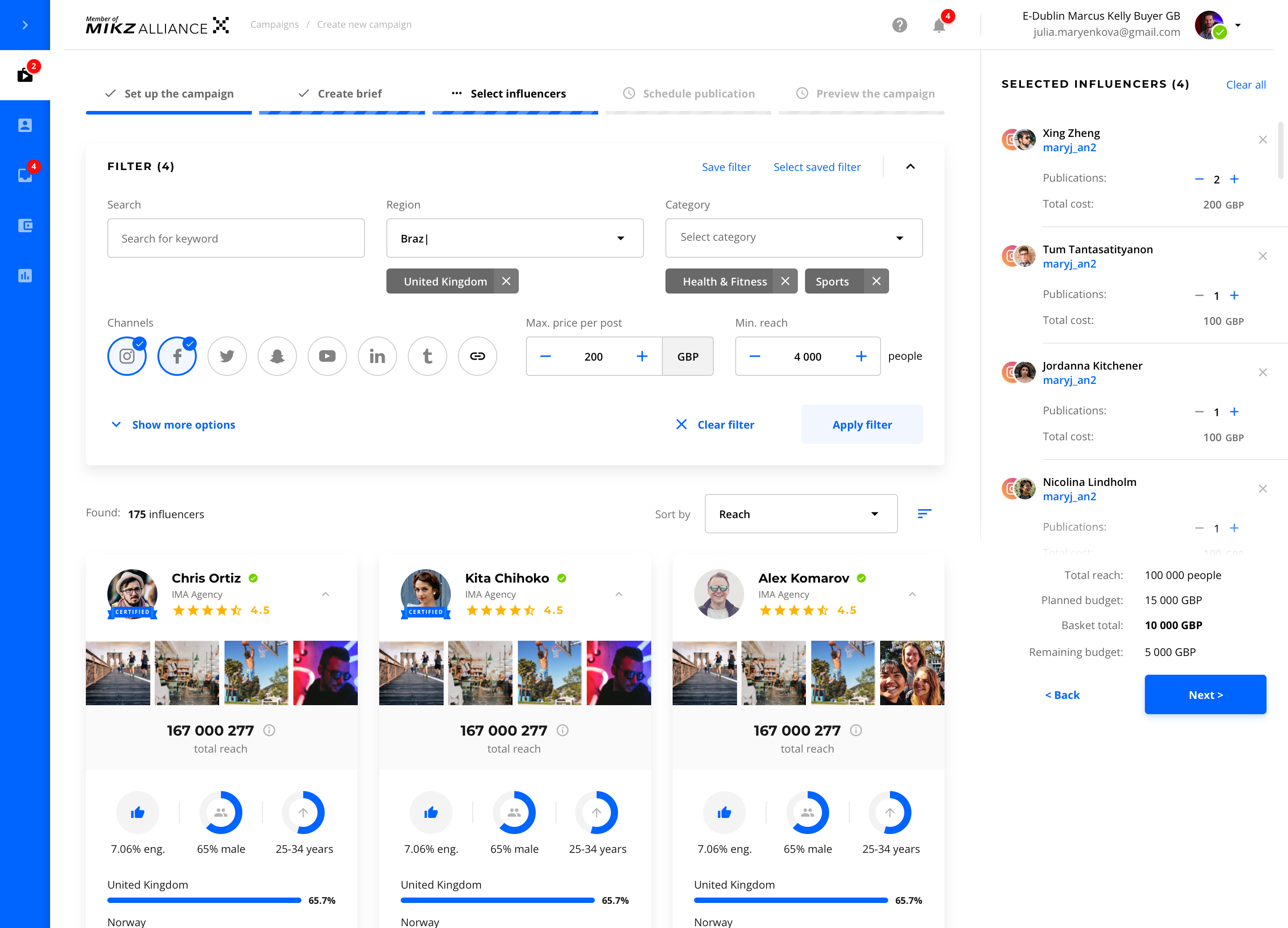 Most brands today have influencer marketing as a big part of their marketing activities. Decisions are data-driven and finding the right influencers requires sophisticated IT tools.

No investments or recurring fees

Discovery platforms to search and analyze millions of influencers are often based on costly subscription plans. Opt-in based marketplaces for influencer marketing have limited possibilities to find the ritght influencers.

Mikz Alliance combines the strengths of discovery platforms and opt-in based marketplaces. Users benefit from full automation support and a transaction-based business model which is free for any brand or buyer agency to use. 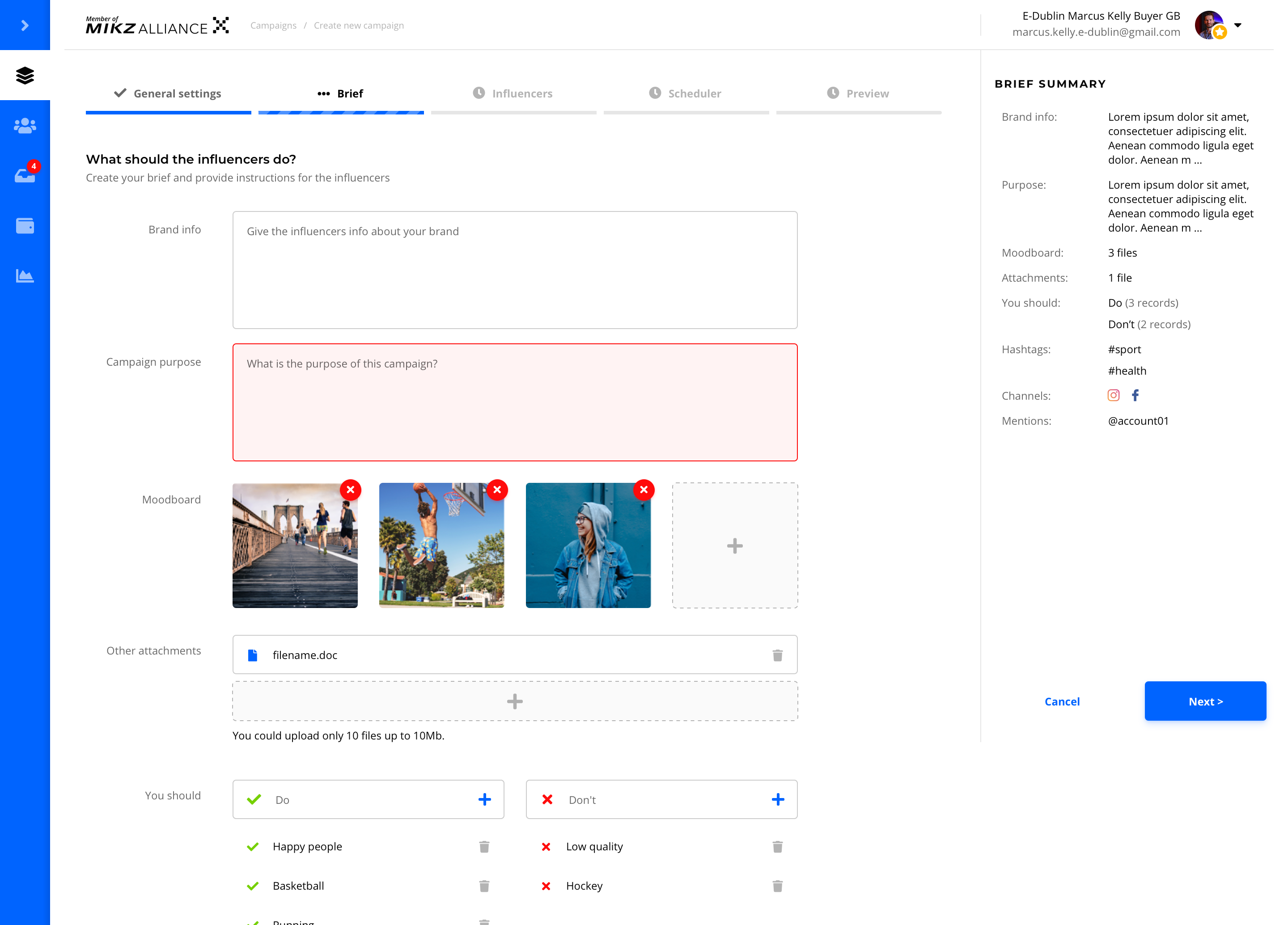 Streamline your processes and stay competitive

Mikz Alliance offers free support for the beginners and professionals. You’ll also get help introducing automated processes in your business.

We want to shape the future of the influencer marketing in close collaboration with you.

To join Mikz Alliance, please go to one of our member platforms. Your choice may depend on parameters such as location, need for professional services, personal relationships etc. Alternatively you can sign-up for free.

NOT A BRAND OR BUYER AGENCY?

How to make money as an influencer.

How to monetize a Mikz Alliance membership

SOME OF OUR MEMBERS

Mikz AB was founded in 2011 and launched in the summer 2012 as a celebrity app. Big celebrities such as Zlatan Ibrahimovic, Robert Lewandowski and Mikkey Dee were using Mikz to communicate exclusively with their fans. The business grew internationally, adding celebrities, bloggers and users by the thousands every day.

In 2014, we came across a company in Norway, United Bloggers AS, that was a pioneer within influencer marketing. United Bloggers AS was acquired by Mikz in June 2015 and renamed to United Influencers International AB with HQ in Malmö, Sweden.

Over the last 6 years, Mikz has engaged 55 dedicated developers to build a complete IT platform for influencer marketing. The objective was originally to build a state-of-the-art automation platform to help ourselves reduce costs, grow revenues and work more efficiently.

In September 2015, we realized that several organizations could share the same IT platform to dramatically cut costs. In addition, harmonized IT development is a key business enabler for the industry to grow. United Influencers become our lead member and the concept of Mikz Alliance was born.

Mikz Alliance is today the leading global alliance of independent members working together in order to grow the overall influencer marketing industry. Since the launch of Mikz Alliance in March 2018, the alliance has today gathered about 50 members in Europe, Asia, Australia and US.

Mikz AB has a strong owner in Danir AB with 700+ MEUR in assets. United Influencers is today organized as a sister company to Mikz AB within the Danir Group, accompanied by the leading consulting firm Sigma with 5,000 employees in 11 countries.